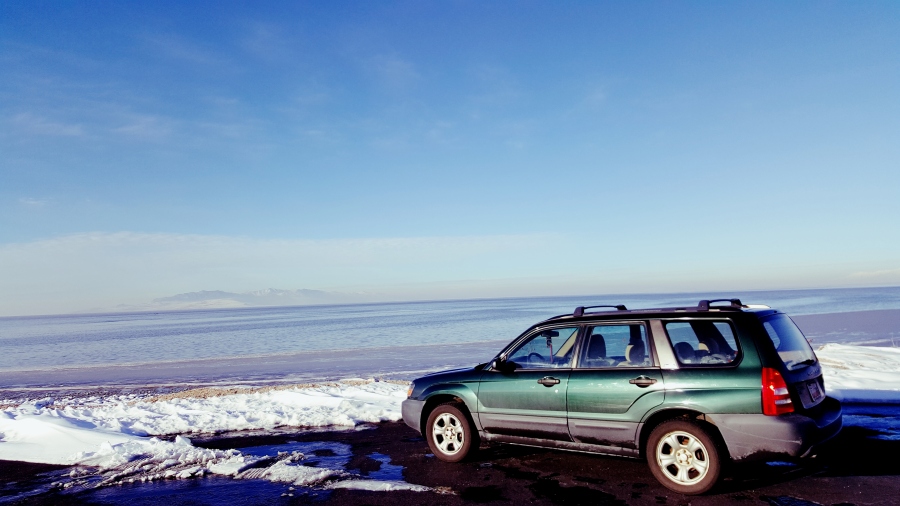 It’s already deep into the Northern Utah winter and you know what that means: the god awful drivers and all of their glory are out of the roads. But this year isn’t like the past years; and with the amount of snow we’ve gotten compared to recent winter’s you better believe it!

This time, I’ve been stuck in it every day the last 2 weeks in a 60 mile commute (120 both ways). Now, the roads don’t have snow on them all of the time of course, that would be exaggerating, but typically in the early hours of the AM when I’m on the road they tend to be utterly hellish. For example, I don’t know why people do this out here on our roads, but when you’re in the passing lane, and a slow car is in front of you, they tend to not know when the hell to get over.

Say… you and the traffic in your lane is wanting to go around 80 mph, however the person in front of you only wants to go 7o mph. The speed limit is 7o so in any other lane that’s fine. Now when traffic wants to go 80, and everyone around you is tailgating you or passing you, and you’re still doing 70 or slower…maybe…… you should get the fuck in the other lane or drive faster! So I sit behind them as we’re slightly passing traffic in the next lane, and the asshole in front of me wants to keep holding traffic back, while I raptor screech at them from my own vehicle.

So, eventually the next lane clears up for a good stretch and the fool wants to keep going their snail speed. So, I say “to hell with it!” and take matters into my own hands proceed into the lane to the side of us to get ahead of them. Merge completed. I’m now filled with excitement; I’m going to pass these bastards! I speed up to get in front of this abomination in the passing (fast) lane next to me.

But hold up here; hold up… h-h-Hold up here! What in shit is this!? The slow car to the side of me is suddenly matching my speed? No, no, no! Why are they doing this, they’ve been doing 70 the last 4-5 miles and now they’re going nearly 80? That’s right, there seems to be some sort of mental disorder in our driver’s that they think they can’t allow people to get in front of or pass them.  Every other state I’ve been too, most people seem to know when they need to get over. In Utah, say adios to that logic!

So anyways, here I am sitting in my car wondering why the fuck this piece of work next to me suddenly wants to pull a different type of classic Utah dick move. Well wouldn’t you know it, a semi truck and another group of traffic are looming just ahead. So, I get back in the other lane to at least pass that upcoming cluster of vehicles. The car ahead is doing a cool 70 again… of course!

Eventually in this scenario I’ll manage to pass the moron, or they’ll miraculously catch the drift… after only 10-15 miles of holding up traffic in the lane, and get over whilst giving you the, “what did I do?” look as you pass them. Well, I’ll tell you what you did, not paying attention to your surroundings. Now Imagine this with snow, or very heavy rain. Fun, right?

Out of nowhere, all the same people that like going slow in general, always decide to go faster than what would be considered safe for these conditions. Granted, I avoid the fast lane, and often the middle lane in the crazy type of weather because you know, I like not dying and shit. And speak of the devil, What is that up the road? Oh, just the 5-6 car pile ups that were moved to the side of the road; or cars stuck in snow banks off the freeway. Even a few vehicles caught in more fatal accidents.

Well, it they’d have gotten their safety priorities straight, maybe they could’ve kept their happy asses alive on the road. It also doesn’t help that in this kind of weather you can barely see the white lines on the road you need to see to stay in your lane anyways. Going 80 mph through that certainly doesn’t help.

As mentioned earlier, most of this has in the AM going through the morning work rush past Salt Lake City and beyond. The way the freeway system and city layout is past there is certainly a major clusterfuck within it’s own accord which causes indefinitely more traffic, but more on that later. I’ve fortunately been getting off just early enough to beat the rush hour.

For now, we’ll keep seeing what more 2017 will bring to the table with our ‘wonderful’ drivers and if you ever have to come to Utah, or cut through, well…best of luck to you as always. Also, time it to where you’re nowhere near Salt Lake City, or the surrounding  valley during rush hour. If you are, you better have good car insurance!

To read the other articles in this series, click the following links below!

Original of the series:

Feel free to share and comment your opinions on the article. As always, I enjoy feedback from my readers!