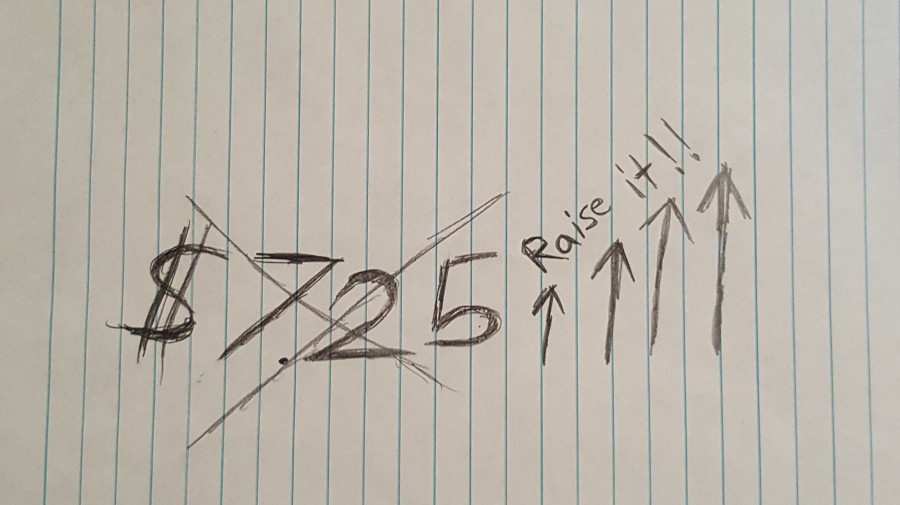 For this addition of ‘Thought of the Day’, I’m going to send my focus to the minimum wage of the United States, which is an astoundingly low $7.25 an hour. Much lower than the average developed country, and frankly I feel that’s pathetic for our country to be so hellbent at claiming that we’re number 1 at everything. Face it people, we’re not. We’d all like to say it, but our education is going down; out healthcare still needs work; we do have too much spending focused on war as opposed to renewable energy and taking care of our own people. We’re getting behind in the scheme of things. One way to start getting a grasp on things is to have companies pay our citizens a livable wage.

It doesn’t matter what the job is, people deserve the right to not have to work themselves to death, just to buy basic necessities and pay their bills to support a family. People will be like, “They’re good jobs for people to go to college, but people need to move on to different things after some time.” Sure, everyone wants to move to bigger things. Who really wants to spend their years working fast food, or customer service? Nobody does! But some people simply can’t get around. Not everyone is born to go to college; it’s a reality we have to accept. It doesn’t mean someone isn’t intelligent by any means, but it’s expensive, and very time consuming. Some people aren’t cut out for it, but they can still find their way.

College kids can’t survive on that either to be honest. College is overpriced, and sometimes you have to take what job you can get, so you can squeak by. The minimum wage hasn’t risen in about 12 years, but there’s been several instances of inflation in that time range. Prices will always rise a little whether the minimum wage is raised or not. $15 could be a little steep I suppose in the eyes of some people(though some states definitely need it as they have a higher cost of living), but they should be able to make $11-12 an hour in the average state. That’s fairly livable for most college students/younger people’s standards.

Not to mention several jobs that are minimum wage, this country relies on. It’s not just fast food. Plus,… fast food workers do put up with a ton of shit. Customers can be complete assholes and unbearable. These type of low wage companies also have their employees meet unrealistic standards. They deserve more than a meager $7.25 an hour for their hard work. Sure, some people are lazy, but no matter what job you look into-whether its the military, a call center, or your average store. You’re going to find the occasional lazy person. But you’re making a pretty bold statement to call millions of people lazy, when they’re probably working harder than you to survive.

We all know billion dollar companies can afford to pay their employees more easily. It will hardly make a dent in their record profits. However, people will ask, “What about Mom and Pop shops?” See, here’s how an effective economy works: If you pay people a piss poor $7.25 an hour, they don’t spend money if they don’t have to. They hoard it; save it for essentials only. You raise the wages, people have more money to keep up with inflation. They also have extra money left over after bills and essentials for entertainment and a few more minor luxuries.

Hence, If more people have extra money, mom and pop places also make a lot more money, and can afford to pay their employees the updated minimum wage in the least with little to no difficultly . That simple; people have money, they will spend it and put more in the economy. Just let that sink in. Keeping people poor only puts more money in the pockets of billionaires, and not in the average Joe or the economy. Trickle-down doesn’t work and a minimum wage of $7.25 doesn’t either. It’s shameful people are so blind to that.

To match 12 years of inflation, we would need to be at least around $10 an hour for the minimum. That’s a fair starting wage. It’s $2.75 more than minimum wage, and enough to still take several people off welfare,or use less of it in the least. For those of you whining about welfare, raising the minimum makes you pay less on your taxes towards welfare, because companies are now forced to do so for you. Keeping the wages low increases your taxes. It’s that simple. Have a heart, and quit over complicating things people!

If you have an opinion, keep it civil, and post a comment below! As always, thanks for reading!

3 thoughts on “Thought of the Day #4: My Opinion on the US Minimum wage” 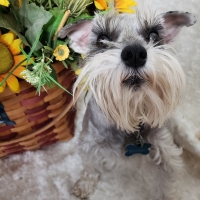